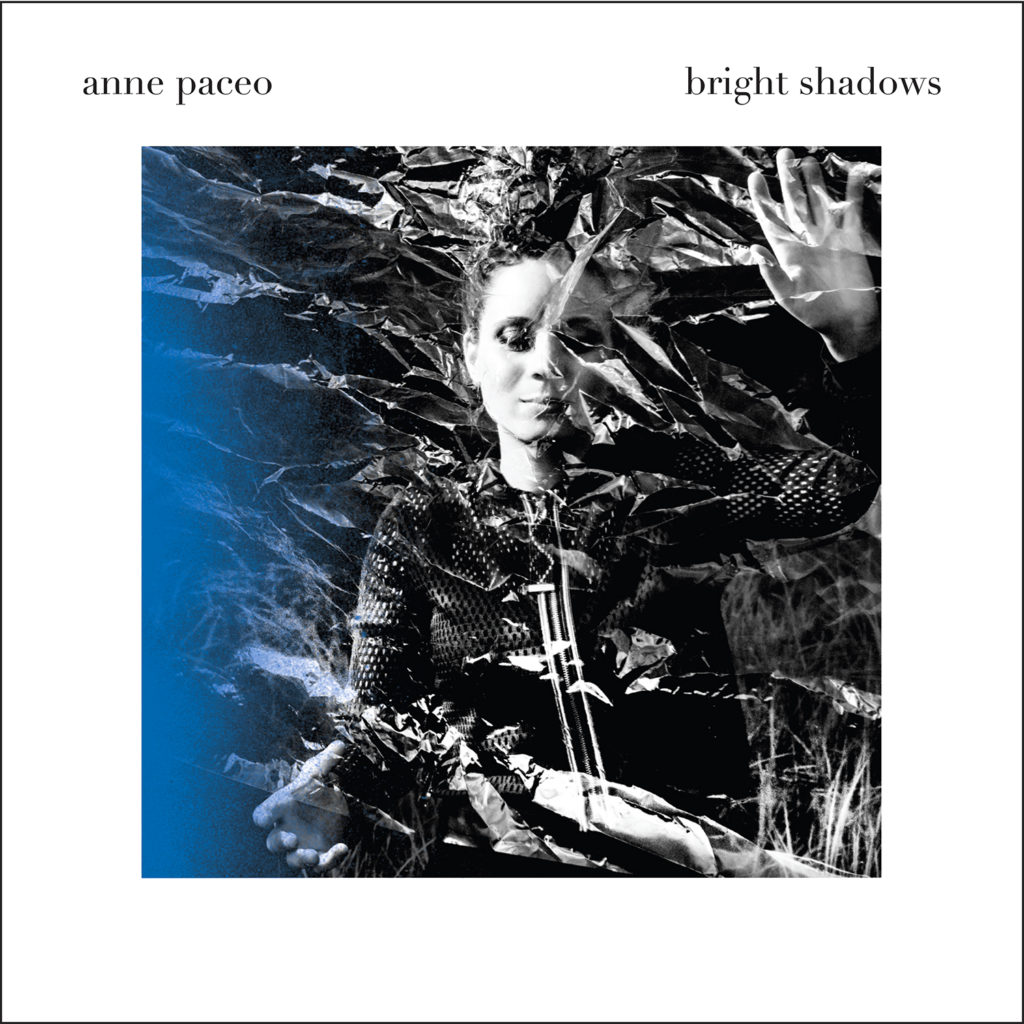 With Bright Shadows Anne Paceo’s odyssey has taken a powerfully introspective and enchantingly poetic turn. Not only has she authored the works, her rhythmic vocabulary leading the way, but her voice now rises “to sing the world her poem”.

With her hybrid compositions—a captivating, colorful mix of cerulean pop and mellow soul including bursts of electro, subtle minimalist motifs, even the occasional whiff of West African beat—Anne Paceo delves into the shadows that loom here and there extracting beams of light. “Shadow comes in light and the Life goes all around”.

She addresses the stranger who has had to leave a native land as well as the stranger in their own land even their own body; something she feels intimately, as many of us might. Probing her soul she testifies to another obsession of hers, metamorphosis: the very instant one evolves, is transformed and changes skin to become another. One must then reflect upon ourselves, explore our inner self so that we may emerge from darkness to bathe in light. One must understand our bizarre world as it spins and we ourselves spin within it. Such is the salutary leitmotiv of scintillating shadows delivered by Anne Paceo in Bright Shadows.

For this new chapter she is accompanied by five eclectic and singular musicians from a variety of musical backgrounds. The solemn lyricism of singer Florent Mateo coupled with the captivating, soft, full-bodied voice of Ann Shirley are supported by the hypnotic nocturnal distortions of Tony Paeleman’s keyboard, the colorful harmonies emerging from Pierre Perchaud’s guitar and the incandescent spirit of Christophe Panzani’s saxophone.